What to do if your mobo has Killer NIC

Every modern motherboard, whether it's desktop or laptop, has something called a NIC (Network Interface Controller). This piece of hardware lets you connect to the Internet, usually with an Ethernet cable. Being an average consumer, I never cared much about this until recently, when a sysadmin I know mentioned the topic. To my surprise, my biggest issue with my LAN setup apparently came from the NIC of my motherboard: a Killer E2200. After a while, I decided to grab an Intel network card and the problem that I have been getting for a year was solved in a way I never imagined. Here's how it went:

Basically I have a desktop PC and a laptop connected to each other using a crossover Ethernet cable. This lets me transfer large files at up to 1gbps (125MB/s) between the two computers. Back when I was using an Asus B85 Vanguard, things were mostly fine except for a few random disconnections at times. However, it all changed when the Vanguard died and I replaced it with a Gigabyte H97 Gaming 3. While it's a solid board in overall, being much more stable than the Vanguard, whenever I transferred files between my computers, the connection either was very slow, like under 1MB/s to 10MB/s, or it was fast for a few minutes and then the NIC on both machines disconnected until I disabled and re-enabled them.

It turned out that it was because I left the Speed & Duplex settings on the Killer NIC to Auto Negotion, not knowing that it doesn't actually support Gigabit Ethernet despite claiming to do that:

Setting the speed to 100Mbps fixed the issue of connection dropping. However, 100mbps is terribly slow when you need to access data on a shared folder quickly.

After installing an Intel network card, I finally was able to enable Gigabit Ethernet for real: 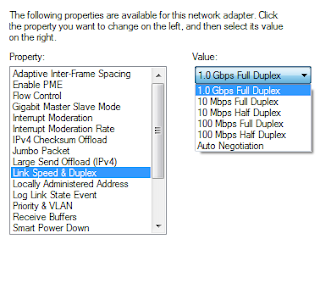 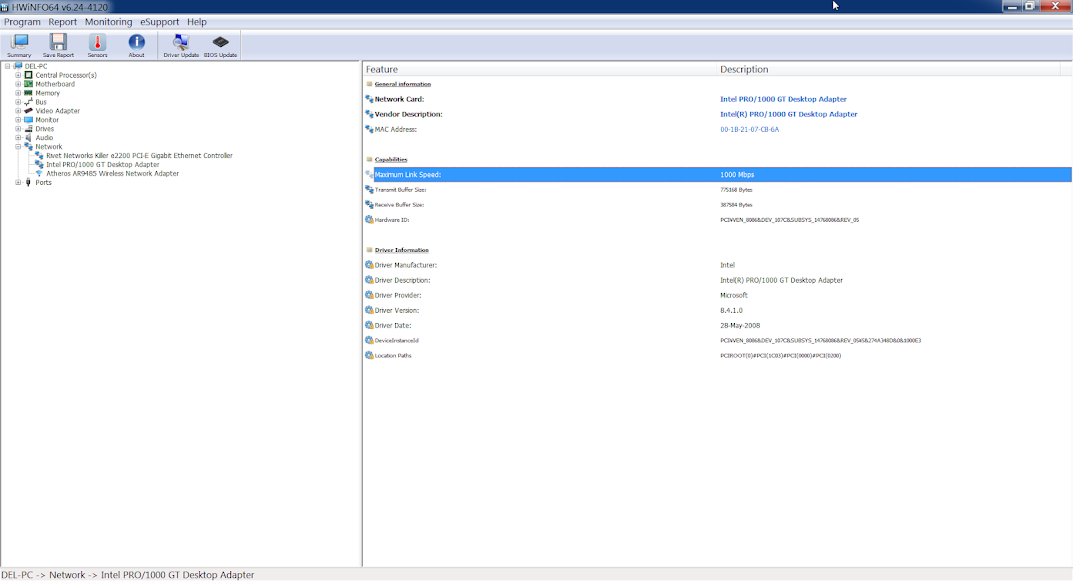 Despite being a very old PCI card (not even PCI-E), the Intel card offers significant performance for its low cost (I got mine for like $5). So far the connection has been fast and very reliable. It never dropped.

Therefore, a few points can be made about this:

1. If you are not getting the maximum speed of your 150+mbps Internet, or if your connection drops during heavy file transfer, it might not be your router or your ISP, but because you are using a bad NIC (Killer E2200 in my case). If so, you should replace it with an Intel network card. It's cheap and it's reliable. Intel also has OEMs for their network cards, including HP and Dell, so you might want to look for that as well. This is where people don't give enough credits for Intel despite having the best NICs on the market.

2. Even in this day and age, having a mobo using old PCI slots isn't exactly bad, since many old network cards run on PCI and they are more than enough for gigabit Ethernet.

3. If possible, get mobos with Intel LAN, or at least Realtek (my laptop comes with Realtek NIC, and it does support Gigabit Ethernet properly).

4. Avoid Killer or Qualcomm/Atheros for network solutions. The Killer E2200 is actually a Qualcomm Atheros rebranded. Your computer will detect it as a Qualcomm once you enter a matching version of its driver. Wired or wifi, it's all the same. This is what my TP-link wifi card shows in HWinfo (advertised as 150mbps): 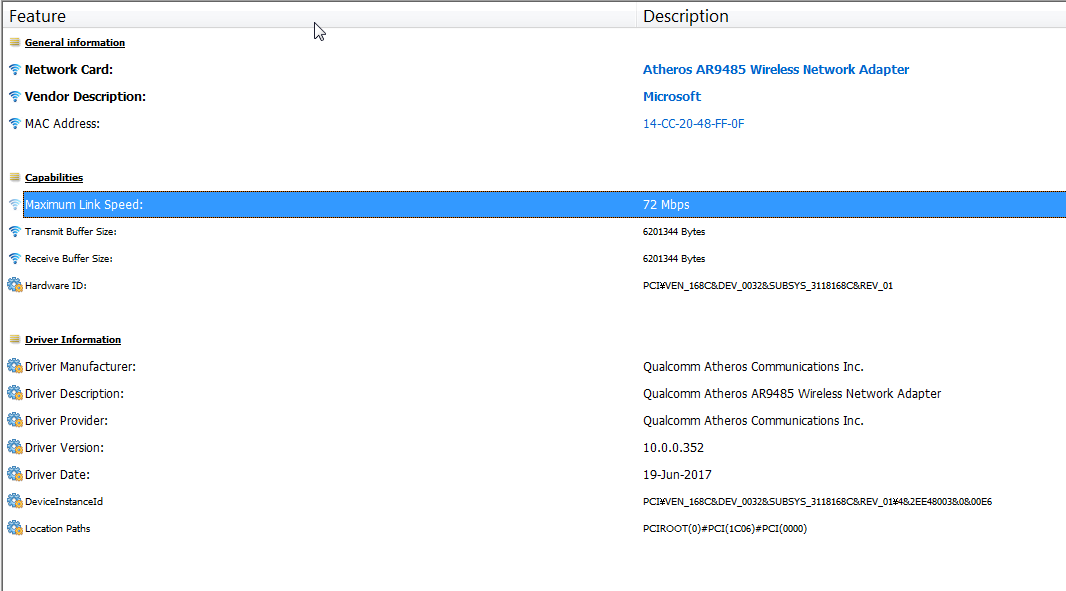