Early last year, my Samsung Galaxy Note 4 OEM earbuds were showing signs of dying after more than 4 years of daily use (it had sound crackling when listening to just about anything), so I decided that I need something to replace it. At first I was eyeing upon the Sennheiser MX400 II (costs 220k VND) because I've heard of its indestructibility. However, after talking to someone on Discord, I decided to give the VE Monk Plus a shot. I had never used any VE product before, but since the price is so cheap and the guy was saying good things about it, I thought it wouldn't hurt much to give it a try.

The product was shipped from China through Shopee, and the whole process took 9 days. It wasn't fast but it wasn't slow either. During that time frame, I also ordered a dirt cheap pair of AKG hybrid in-ear-earbud plugs from a local store (36k VND including shipping). In the end, the thing hurt one of my ears so much that I couldn't use it more than 30 minutes at a time.

After a week putting up with the AKG, I received the VE Monk and immediately put it to use, and I was pleasantly surprised. 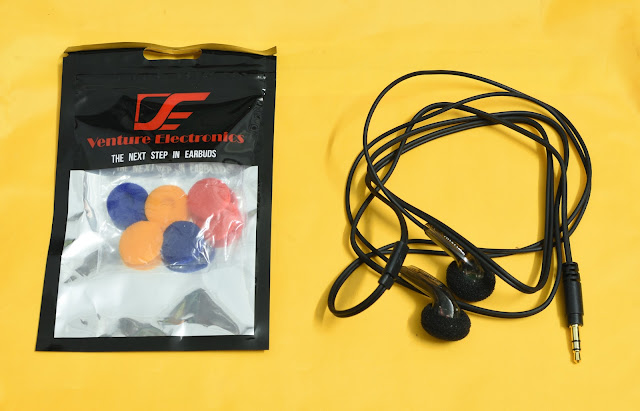 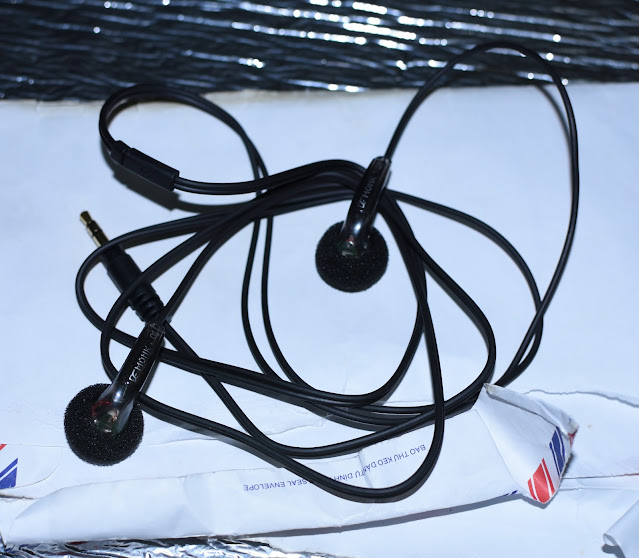 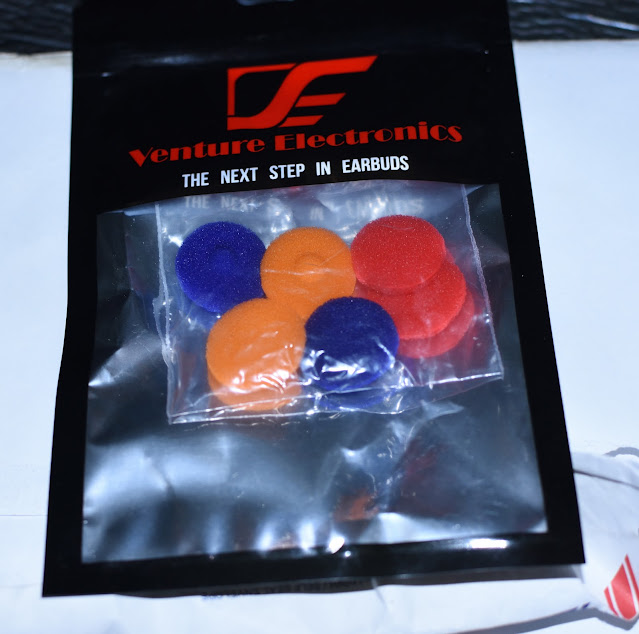 1. Comfort: For some reason I can't stand the in-ear form factor for more than an hour, so having the traditional earbud form factor is a bless. By default it's your classic plastic earbuds, nothing special, if not a bit uncomfortable. However, VE included 4 pairs of sponge covers. These feel quite nice to my ears, I can wear them for hours and still not feel any ear pain. They wear out quickly, however, so you will need to replace them like once a month if you use the earbuds daily. Fortunately, having the classic earbud form factor really helps, as I can easily get 100 of them off Shopee for just $1, more than enough to last until the pair breaks.

2. Sound quality: This is the first time I've ever heard bass off a pair of earbuds, let alone a $5 pair, so I'm very impressed. Treble is pretty clear, with rather warm mid-tone and punchy bass. The sounds it produce feel pretty close to my Sennheiser HD439, which costs like 12 times more, making it even more impressive. It fall shorts for vocal at high notes and can sound distorted when listening at 80% volume on my Galaxy Tab S2, so I recommend using only 70% volume to minimize that.

3. Build quality: It's been almost a year since I bought it. So far nothing to complain. I used it for a few months at work and left it mostly in the bag for the rest of the year after my company switched to working from home. Right now I'm listening to it again and it doesn't feel like it has degraded. The 3.5mm jack fits nicely on my devices, not too tight, which is another plus. The sponge covers don't last long, but pretty much every cheap earbud use them, so I'm not surprised.

4. Design: Nothing fancy, but I like it. Earbud form factor is great, and I like see-through plastic. There are different color choices if you are not a fan of that though. Also, this earbud comes in mic and no-mic variants. I'm not a fan of mic on earbuds but YMMV. Cable's length is also very good, neither too short nor too long.

Verdict: For $5 you can't go any wrong with this. Definitely would buy again when my pair break. This earbud is definitely the best in its class. I see Amazon selling it for $10 which is quite a ripoff, so try to look elsewhere if possible.